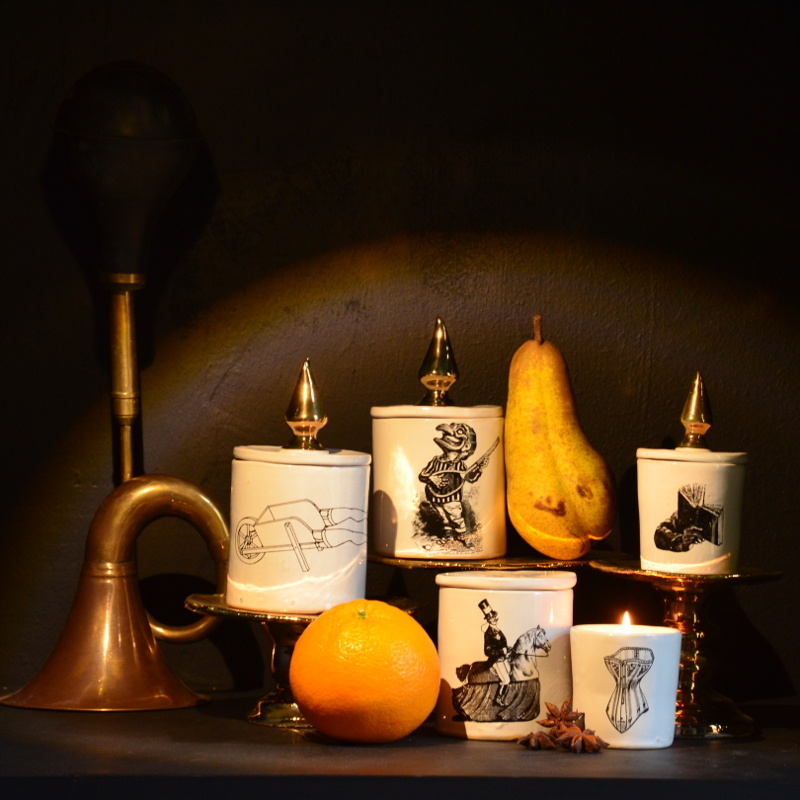 Sparking a flame in one of Kühn's perfumed candles opens the gates to a grand chamber of motley fragrances. The air is brimming with cinnamon and orange, with leather, cedar, and timber, with eau de cologne,with amber and with the blossoms of magnificently ancient trees. Fine odor lies never far from flame, making such olfactory arson etimologically consequent in every aspect: “perfume” indeed derives from the Latin “perfumare”, which can be traced back to the likewise Latin word “fumus”; smoke, vapor, fume.

Fragrances from Grasse & Candles from Deauville

A Provencal small town Grasse established itself as the world capital of perfume ever since alchemist and pharmacist Franceso Tombarelli formed and forged the European perfume traditions right here in the late sixteenth century.

From there, the scents are consigned to the picturesque Norman coastal resort of Deauville, the place where young Coco Chanel opened up her first fashion boutique in 1913. In a small local candle manufactory the fragrants are conjuncted with a mixture of bee's and soy wax prior to being poured into Kühn's ceramic box from which they are eventually sent back to Berlin – for that it may properly burn and smell.

Once the candles ultimately go out and fulfil their destiny of turning into a symbol for transcience, what remains due to their ceramical consistency are delightful Kühn Keramik boxes, whose variety of lids allows for numerous applications.

The Most Peculiar Pieces and People

As usual with Kühn's creations, the outside of the boxes set the stage for the most peculiar pieces and people, Chevalier Esseintes, the hero on a hobby horse, Extraordinaire, the mindless reader, Madame Oops, the two-legged wheelbarrow, Leonard, the infantile Mariachi from Centre Court, and the abandoned corsage of Florentine „The French Kiss“ Osculari

Welcome to Kühn's chamber of fragrances!

This site uses cookies. By continuing to browse the site, you are agreeing to our use of cookies.